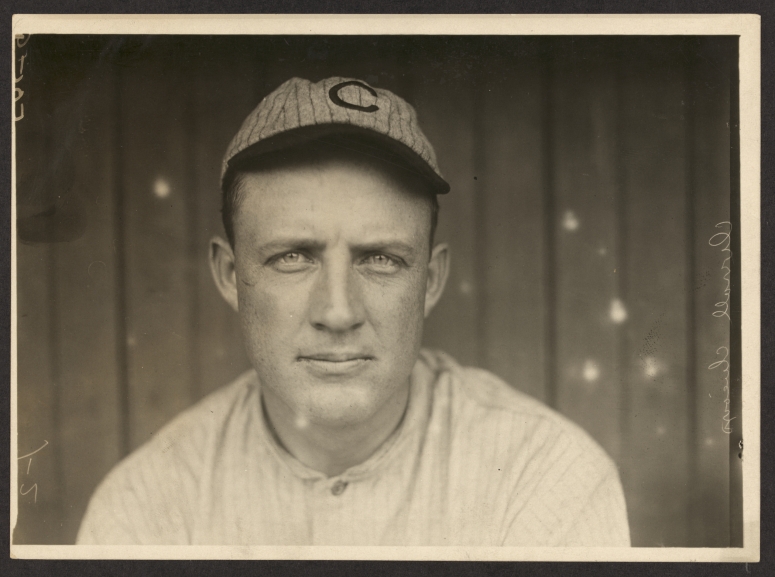 Overall had simply outclassed opposing batters since joining the Cubs in mid-1906. Coming up with the Reds in 1905, he took the ball every turn his rookie season, piling up wins but also losses, finishing with an 18-23 record despite a respectable 2.86 ERA. Possibly a result of being overworked in 1905, he stumbling in the early going for the Reds in 1906, going 4-5 with a 4.26 ERA, and was traded to Chicago on June 2. Now considered one of the worst Reds trades until Frank Robinson, Overall was swapped for Bob Wicker, also a struggling hurler, who continued his slide with the Cubs with a 6-11 mark the rest of the way, and his contract was then sold to the minor leagues, never to return.

Overall, meanwhile, really hit his stride with the Cubs, finishing 1906 with a stellar 12-3 mark and 1.88 ERA for the Northsiders, as Chicago won their first NL pennant. And Overall dominated in 1907, going 23-7 with a 1.68 ERA and tying Christy Mathewson with 8 shutouts for tops in the majors, as the Cubs cruised to another NL Championship with 107 wins and a World’s Series title by taking the Tigers in 4 straight wins, Overall himself pitching a complete game 6-1 win in Game 4 for the penultimate victory in the series (Game 1 was a tie in which Overall, bestowed the Series-opening game start due to his stellar campaign, allowed only 1 earned run in 9 innings).

Recurring arm trouble began to resurface in 1908, as Overall’s ERA “slipped” to 1.92 during a 15-11 season, but he did lead the NL in K’s per 9 innings as Chicago squeaked out a third straight NL flag, again facing the Tigers in October, and Orval again rose to the occasion, pitching to an 0.98 ERA in 3 games, again allowing only 2 earned runs, with a complete game victory in Game 2 and a 2-0 CG shutout in the deciding Game 5, holding the mighty Ty Cobb to a 1-for-7 ledger for those two contests.

On top of the world going into 1909, Overall’s arm rebounded and he had another great season with a 20-11 mark and lowered his ERA to a career-best 1.42, also leading the majors in shutouts (again, with 9) and strikeouts (205), although, even with 104 wins, the Cubs couldn’t match Honus Wagner’s 110-win Pirates and missed the postseason. 1910 brought more arm trouble, and this time Overall couldn’t muddle through as gamely, falling to a 2.68 ERA despite a 12-6 record. The Cubs returned to the Fall Classic for 1909, but Orval was not sharp, giving up 3 runs on 6 hits in his Game 1 start and was done after 3 innings in his only appearance of the Series, as the Cubs fell in 5 games to the Philadelphia Athletics.

Despite his struggles, an ill-advised contract dispute with Cubs owner Charlie Murphy resulted in him not returning in 1911, and while playing semi-pro ball later that year he suffered further arm damage, and his career was near an end. Allowing the arm to heal, he tried one more go with the Cubs for a few games in 1913 but was ineffective, and retired that year at age 32.