A small tribute to Bobby Doerr, the “silent captain” and 9-time All Star second baseman who played his entire Hall of Fame career for the Boston Red Sox (1937-1951), the oldest living major leaguer, as well as the oldest Hall-of-Famer, and the last surviving major leaguer from the 1930’s, who passed today at 99.

Doerr was one of the dominant second baseman of his era, at one point handling 414 chances without an error, but was also a clutch performer at the plate; although not a classic power hitter, he drove in 100 or more runs six times, was the Red Sox hits leader when he retired in 1951, and remains in the Top 10 in many offensive categories for the club to this day.

While the legendary Ted Williams is thought of in retrospect as a somewhat stoic type that was all baseball business, Bobby Doerr (although only a few months older) was an early mentor for the young, wild Williams, who debuted in 1939, with Ted bestowing the moniker “silent captain” on the determined yet down-to-earth Doerr.

Doerr had one of his best seasons in 1944, sporting a .325 average and led the league in slugging, earning AL Player of the Year honors from the Sporting News, this despite being called up for military service in early September (which was unfortunate for the Red Sox, in the midst of a pennant race at that time). Doerr’s service extended into the next year, necessitating missing the entire 1945 season. 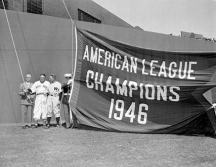 He came back strong in 1946, finishing third to Williams in the MVP voting in the Red Sox’s pennant-winning season; unfortunately, while batting over .400 in the 1946 World Series Boston again fell short of winning a championship. The Red Sox celebrated their second base All-Star by giving him a Bobby Doerr Night in August 1947.

In 1948, the now veteran Doerr set the then record of 414 errorless chances noted above. While he continued to be consistent into the 1950’s with All-Star selections in 1950 and 1951, back problems had slowed him, eventually leading to him shutting down a month early in 1951, and at age 33, electing for retirement rather than risk more serious injury.

While Doerr retired as the Red Sox leader in many offensive categories as noted above, his career home/road splits were still eye-opening: .315 career at Fenway, as opposed to .261 on the road. And again not to be denied on defense, he led AL second basement in double plays 5 times, and held the MLB record for double plays at 2B until the 1960’s.

Doerr returned to the Red Sox in later years as a scout and instructor, and fittingly was hired as first base coach for the pennant-winning 1967 season. He resigned after manager Dick Williams was fired in 1969. He returned as a hitting coach for the expansion Blue Jays from 1977-1981, eventually retiring from baseball for good to his home in Oregon. He was elected to the Hall of Fame in 1986, and his #1 was retired by the Red Sox in 1988.

And now, some historic audio of Bobby Doerr. Vintage baseball broadcast audio from Fenway Park is quite rare, and only one known recording of Bobby Doerr in action at Fenway is known to exist: It happens to be from the earliest surviving audio from Fenway Park, Monday, April 18, 1938, Opening Day vs the Yankees. After being a part-time player in 1937, Doerr was to begin his first full season as the Red Sox second baseman, at the tender age of 20. Doerr slotted in alongside Hall-of-Famers Jimmie Foxx at 1B and Joe Cronin at SS, and batted 7th, against the defending WS champion Yankees, with a lineup packed with 4 HOFers including Lou Gehrig, of which Doerr was the last surviving MLB player to have played with Gehrig. Doerr went 2-4 with 2 RBIs, as Boston took their home opener 8-4.

The surviving audio is a partial game, only through the 4th inning (see YT link at bottom). But today I made a quick video of game moments from that contest involving Doerr, below. 1930’s audio to enjoy, as the last surviving MLB player from the 1930’s passes into memory.

Here is the entire 4 innings of the earliest surviving Fenway audio (and again the only Fenway Doerr audio). Unfortunately the first half-hour or so is marred by extraneous pops, clicks and pac-man (lol) like noises, but an historic document. 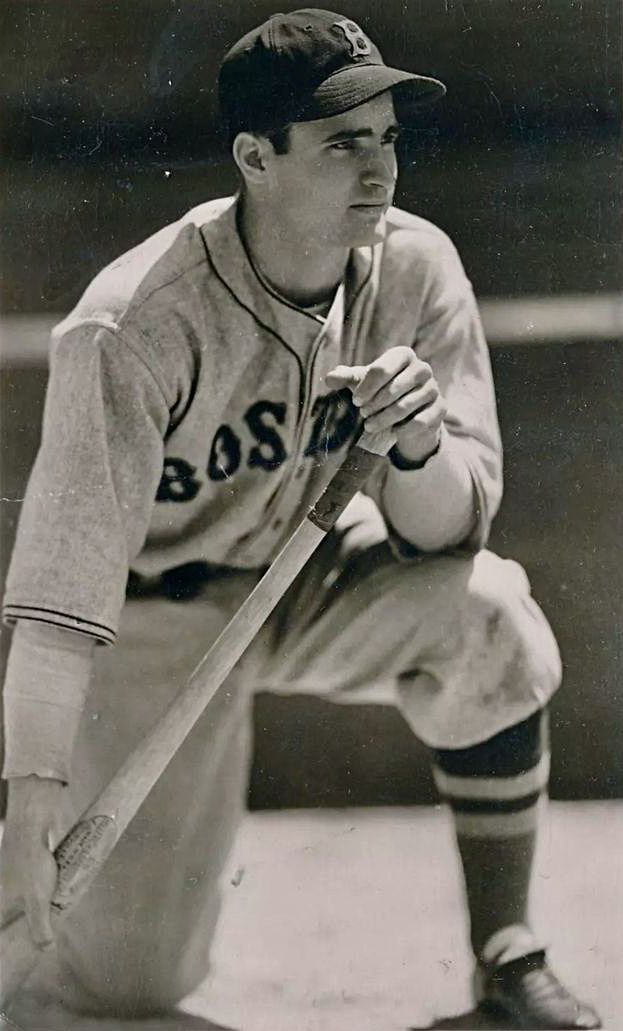 3 thoughts on “In Memoriam: Bobby Doerr”