Thomas Wolfe once wrote that “You can’t go home again”, and that was largely true for Willie Mays in 1972. That year, the prodigal son was traded to the New York Mets in May as his career was winding down, back to the city where it all began. Willie would not return to the City By The Bay until July 21-23, 1972.

The crowd certainly missed old Willie, cheering every time he made an appearance, and he didn’t disappoint, hitting a 2-run HR (and the eventual game-winner) in Friday night’s game. But while the fans loved it, the Giants may have taken offense, as shown below.

Willie didn’t start on Sat., but pinch-hit in the 8th with runners on and the game tied, 1-1, and he walked. On Sun., he played the whole game and had 4 plate appearances. The photos below are from an at-bat either on Sat. or Sun., since they were taken during the day, most likely on Sunday, in which a purpose pitch would’ve been a less risky proposition. 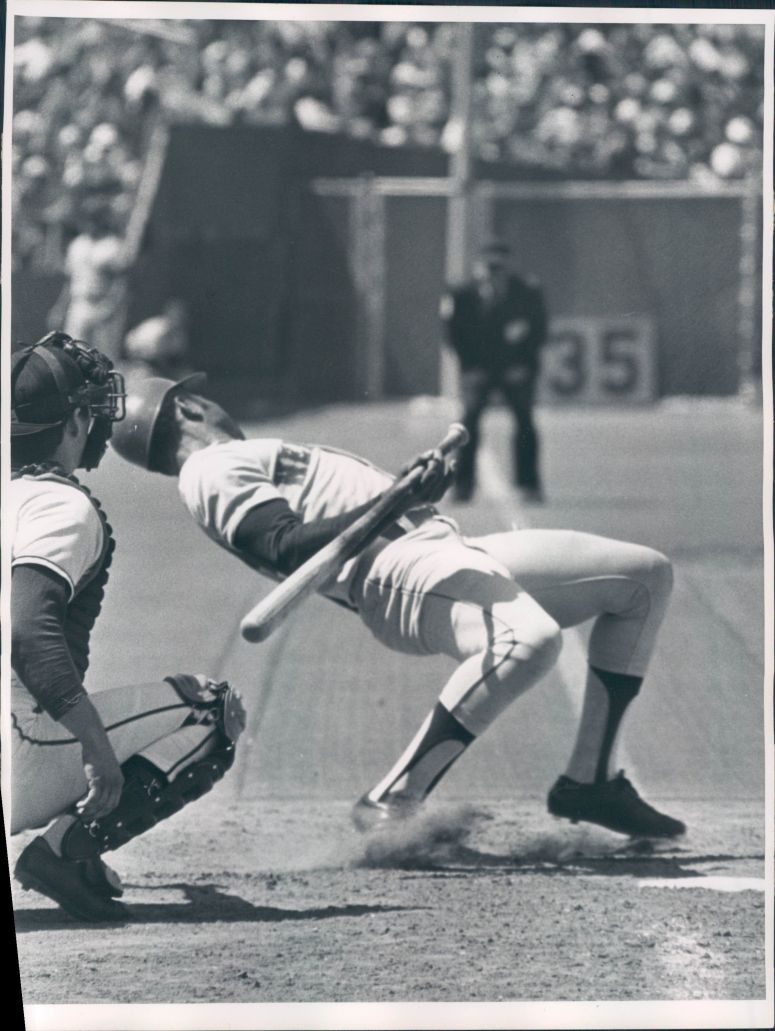 A clear message? Or just one that got away? It could be either one, but check out the second photo, where S.F. catcher Doug Rader barely moved his body to corral what would’ve otherwise been a ball way outside. Personally, I think that leaves little doubt as to the intention of the pitch. Of course, back then, it was part of the game, not like today – think of Albert Pujols being drilled in his first at-bat against the Cardinals, whenever that would be. A full-scale riot would ensue, or at least a bench-clearer for the ages.

So even though the fans were still 100% behind him, and Willie still lived only a few miles away, with California “SAY HEY” license plates on his car in the parking lot, between the lines it’s still all in the uniform; and, whether the above pitch was in anger or not, it was pretty clear going forward that that plate at Candlestick Park was no longer…home.