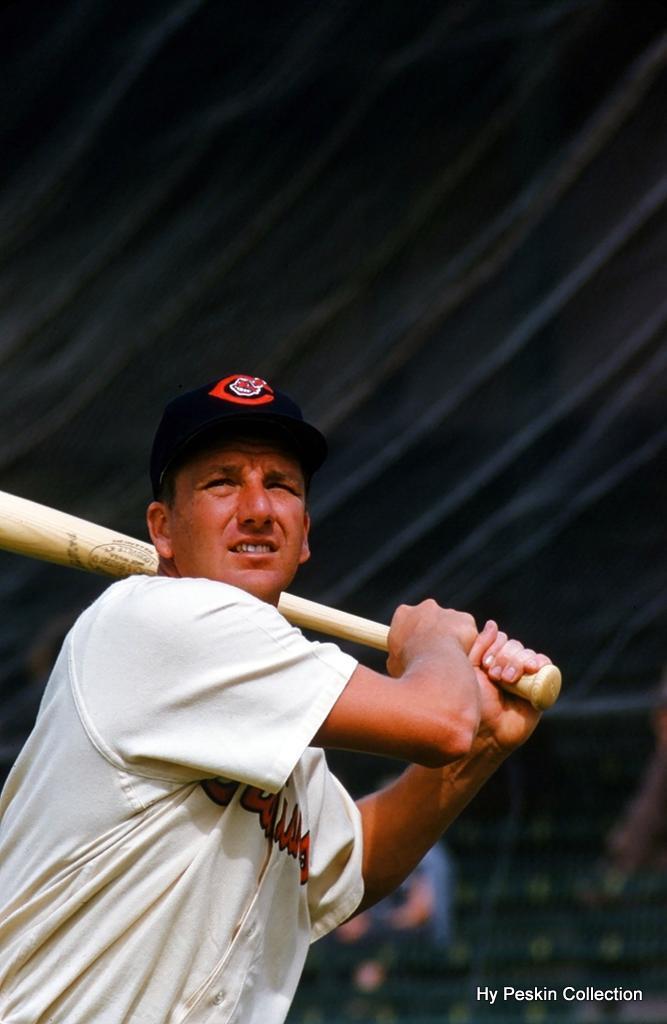 Kiner’s final spring, and final season. After nine seasons in the NL, and a bad back betraying the prolific slugger, he would spend 1955 with the Cleveland Indians as a part-time LF and pinch-hitter, with 18 HRs and 54 RBIs, but would retire after the season, at only 32 years of age. He would have a short career as a minor league executive in San Diego, until his old buddy and current GM Hank Greenberg hired him for play-by-play with the White Sox in 1961. After that, New York came calling, and Ralph became a Mets’ icon, with over 50 years of Amazin’ memories. And Ralph is still with us in 2013, at 90 years of age. So for having one of the shortest HOF careers (10 years), he’s one of the few that can say he’s been in professional baseball for over 70 years in some capacity. Long live Ralph Kiner.

Yet another great Hy Peskin shot, check out his site and buy a classic photo or two: